You are here: Home / Car Security / Losing Modern Car Keys Can Be An Expensive Lesson 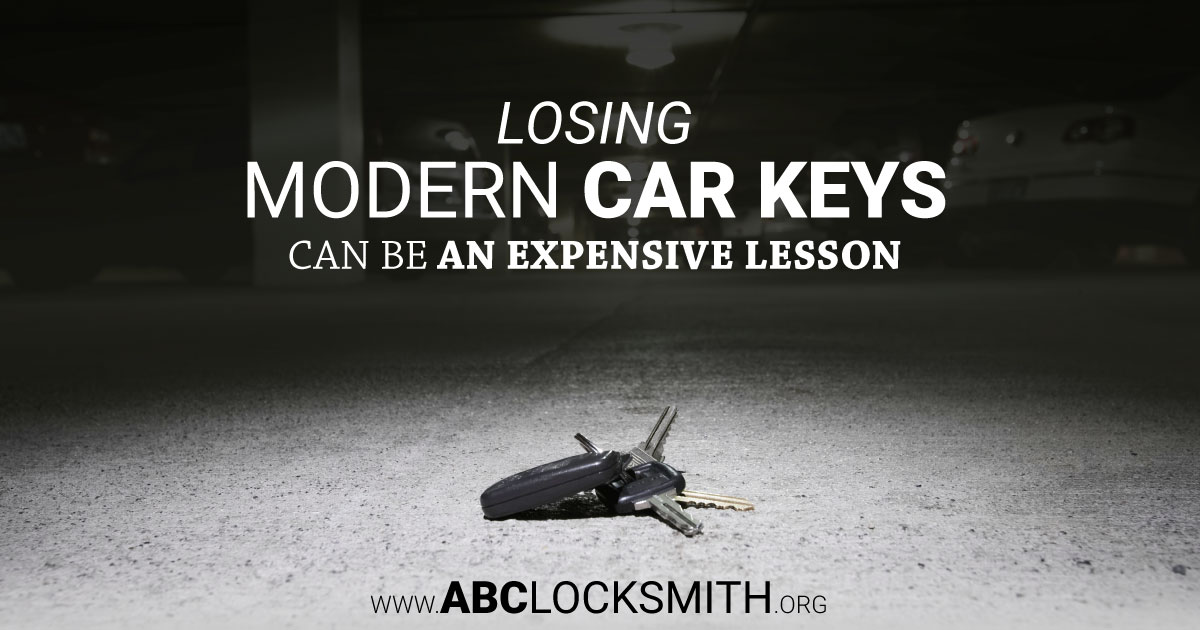 Before 1990, getting locked out of your car wasn’t a big issue. It was easy enough to purchase a spare key for less than $5. The simplicity of this technology kept the price of car keys low, but also made life easier for thieves.

Today, depending on the year, make and model of your vehicle, a replacement key can cost you anywhere from $50 to $400. At ABC Locksmith, we understand the frustration of keeping up with expensive car technology, but we also know it’s cheaper than a lost car or a hacked system.

Why Are Modern Car Key Replacements So Pricey?

Modern vehicles are no longer secured by the unique cut of the key. Instead, today’s cars and trucks use a plastic fob, also known as a remote or transmitter, equipped with an electronic component to open the car’s doors. Replacing a dead fob is the cheapest fix, ranging from about $50 to $90. There’s often an additional fee for the dealer to program the fob, but the overall price of replacement depends on the make, model and year of the vehicle.

Types Of Keys For Modern Cars

Since the late 1990s, many manufacturers have been putting transponder chips in keys. The chip sends a signal to the ignition. If the signal is correct, the car will automatically start. Keys with transponders come in three different options, each with their own price range:

Also known as laser-cut keys, sidewinder keys are more expensive than standard keys because the machines needed to make the intricate cuts are themselves expensive and aren’t available to all locksmiths. Getting a replacement sidewinder key transponder can cost between $150 and $200. 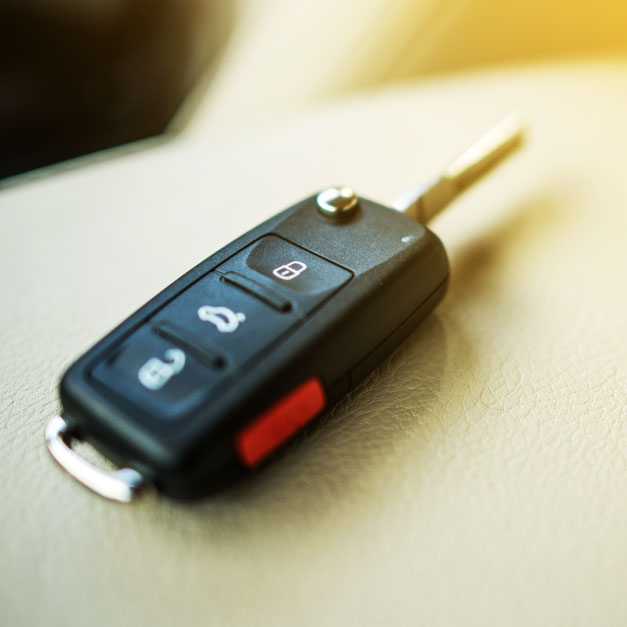 This model of key pops out of the fob at the press of a button, like a switchblade. One advantage they these keys have over other models is that a knowledgeable handyman can piece one together if the key hasn’t been too severely damaged. The shank alone (the long metal part of the key) can cost about $70 to replace. If the key’s been lost or damaged, it’ll cost between $200 and $300 for replacement and programming.

Smart keys are becoming the standard for new cars. They let owners open their car doors with the press of a button on the door handle and start the car by pushing the ignition button, without removing the key from their pocket. This is made possible thanks to security codes, which are updated and broadcasted every 30 to 60 seconds. The key sends the correct code to the car, which authenticates it and allows the car to be operated. These rotating codes prevent hacking, but as a result, smart keys can only be replaced by a dealer. A smart key replacement will cost around $220 and $400.

Usually, a lost key means an immobilized vehicle. However, there are a few tricks that may allow you to access the inside of a locked car until you reach a locksmith. Consult the user manual (many are online) to determine if these options will work for your car:

Ordering a new key without the transmitter, for example, will let you open the doors but won’t start the ignition. If the fob has been lost and you have a backup, most fobs can be programmed with a string of button presses on the remote followed by key turns in the ignition.

Another method is to purchase an electronic tag (a sort of tracker) that stays on the key ring and communicates with your phone via Bluetooth.  If you lose your keys, you can look on your phone to track down their location. If they are close, the signal gets stronger as you get close to them or weaker as you move farther away.

Losing your keys is has never been more costly. Thankfully, taking precautions now could save you a bundle in the future if you happen to misplace your keys. ABC Locksmith is available 24 hours a day for residents or businesses in the Clearwater, FL area. If it’s a locked door, damaged key(s) or security concerns, ABC Locksmith can help solve the problem.

Call today and receive 10% off your first service trip!